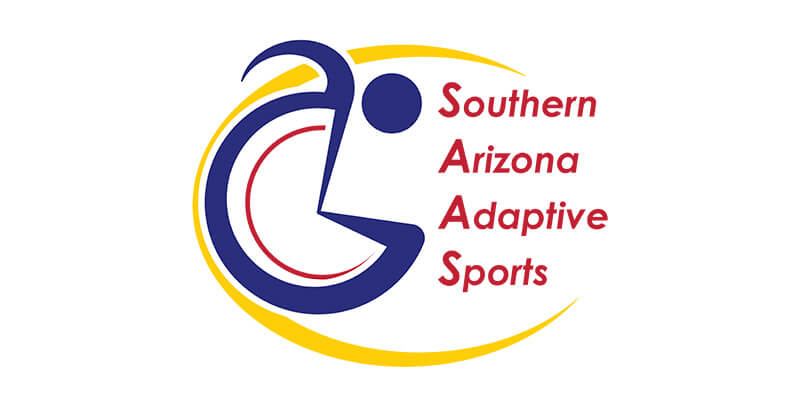 Tucson, Ariz., May 25, 2021 -- Tucson, Arizona, based Ascension Wheelchair Lifts, a division of AGM Container Controls Inc., has partnered with Southern Arizona Adaptive Sports (SAAS) in an effort to support SAAS’s outreach and program growth for community health and development. The partnership will provide to SAAS increased community engagement opportunities as well as financial support.

“We’re really very excited for this opportunity to work with Ascension,” said Mia Hansen, Executive Director of SAAS. “Their enthusiasm for what we do and their desire to see it grow is encouraging. Our job at SAAS is to empower others, support them and help them grow – and Ascension is helping us do that.”

Ascension’s partnership will provide the opportunity for SAAS members to train for and participate in the 2021 El Tour de Tucson in November. Additionally, Ascension’s support will help SAAS with El Tour entrance fees, as well as jerseys and other cycling equipment, staff time, and assorted necessities the organization needs to support its members, both in the El Tour de Tucson race and everyday operation.

The Ascension-SAAS partnership is the latest in a series of strategic partnerships that Ascension is building. Ascension is working with other Tucson organizations, including the University of Arizona, in an effort to further the conversation on accessibility and opportunity for Tucson’s community members.

“At Ascension, we want to give people every opportunity to participate equally in the world around them,” said Ascension’s Marketing Manager Paul Davis. “SAAS shares that same passion. SAAS is dedicated to helping those with disabilities realize their full potential through adaptive athletics. It’s an inspiring vision and one we’re excited to help support as they share it in the community.”

With Southern Arizona Adaptive Sports - Ascension Wheelchair Lifts is sponsoring several members from Southern Arizona Adaptive Sports (SAAS) to form an Ascension Cycling Team (ACT) that will train for and compete in the 2021 El Tour de Tucson while raising money for SAAS. Money provided to ACT for the competition will be used by SAAS to register its members to ride, supply equipment, pay trainers, and other items at SAAS’s discretion.

With El Tour de Tucson – Ascension is a sponsor of the 2021 El Tour de Tucson and will provide the race with wheelchair lifts for use at the competition’s winner’s and award ceremony podiums, as well as other key locations as determined by the El Tour organization.

With the University of Arizona – Ascension is currently in year two of a three-year sponsorship with the University of Arizona’s College of Architecture, Planning and Landscape Architecture (CAPLA) to emphasize the importance of Universal Design (UD) to the college’s third-year architecture students. Ascension’s goal for the sponsorship is to increase awareness of the impact that UD has for all persons and therefore the importance of designing structures to achieve full universal usage rather than the legally-required minimum. These goals are achieved through communication with the CAPLA instructors and a yearly Universal Design Competition, wherein CAPLA reviews student projects and chooses winners. The winners receive cash prizes awarded by Ascension and distributed by the UA CAPLA.

Adivision of AGM Container Controls Inc. (AGM), Ascension was founded in 1992 to design and manufacture wheelchair lifts to aid accessibility in commercial locations. To date, Ascension has sold thousands of lifts globally, including the United Nations offices in Nairobi and New York, the Los Angeles Unified School District, and Disneyland in Anaheim, California.

AGM was founded in 1970 and designs, manufactures, and supplies hardware to the aerospace and defense industry as well as many others. AGM prides itself on quality products and community engagement. The company has been a part of the federal Employee Stock Ownership Program (ESOP) since 1988 and additionally features a robust employee tuition reimbursement program. AGM is also highly involved with the United Way of Southern Arizona, the Southern Arizona Manufacturing Partners (SAMP), the San Miguel High School corporate partners, and much more throughout the Tucson community.

Southern Arizona Adaptive Sports (SAAS) is a nonprofit 501(c)(3) organization. Our mission is to support the community through promotion and provision of fitness, recreation, and competitive sports opportunities for people with disabilities. We believe in the power to adapt and achieve and aim to transform lives through adaptive sports. We are a nonprofit, volunteer-driven adaptive sports organization formed in 2017 to serve as a catalyst that connects and inspires people in ways to get involved, get active. We are a proud Chapter of Move United, United States Tennis Association, National Wheelchair Basketball Association, and the National Wheelchair Softball Association.